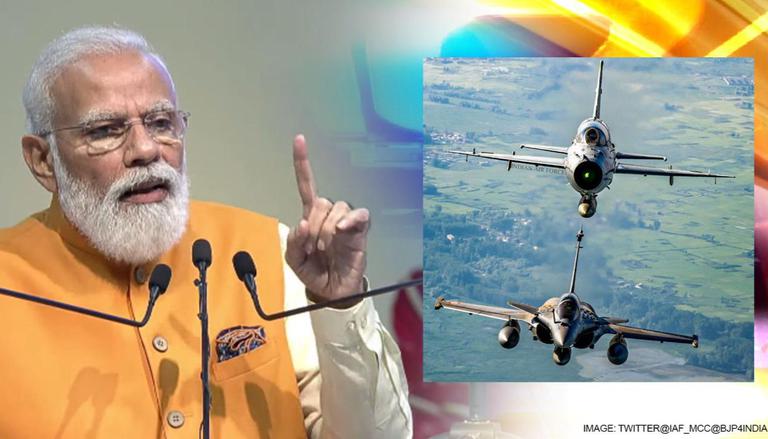 The Prime Minister’s Office announced Thursday that Prime Minister Narendra Modi will dedicate seven new defense companies to the nation today, October 15. The government decided to convert the Ordnance Factory Board from a government department into seven 100% government-owned entities. in order to improve the efficiency of the defense sector. Earlier, Union Defense Minister Rajnath Singh called on private sector defense companies to invest in research and development, especially in technologies related to defense-related public services and cyberspace.

Prime Minister Modi will now dedicate seven new defense companies to the nation. Marking the auspicious occasion of Vijayadashami today, the Prime Minister will address an event hosted by the Ministry of Defense via video conference. The event will also host Rajnath Singh and representatives of defense industry associations. According to a statement from the Prime Minister’s office, the government will introduce seven 100% state-owned defense companies in India.

“The government has decided to convert the Ordnance Factory Board from a government department into seven 100% state-owned business entities, with the aim of improving autonomy in the preparation of the country’s defense. This decision will lead to increased functional autonomy and efficiency and unleash new potential for growth and innovation, ”the PMO’s office said in a statement.

Earlier in September, Defense Minister Rajnath Singh focused on manufacturing defense-related utilities and said rapid changes in the global security scenario are expected to boost demand for military equipment and that Indian industry must focus on increasing production. The defense minister said India’s defense industry should take advantage of policy reforms launched by the government in recent years to boost national defense manufacturing. Singh had urged private sector companies to invest in research and development with special attention to cyberspace.

The Center, in May 2020, announced the increase of the FDI limit from 49% to 74% as part of the automatic channel in the defense sector. The government has focused on strengthening local defense manufacturing. The ministry set a revenue target of $ 25 billion (Rs 1.75 lakh crore) in defense manufacturing by 2025, which included an export target of $ 5 billion. (Rs 35,000 crore) of military equipment.

Telegram robot told Iranian pirates when they were hit