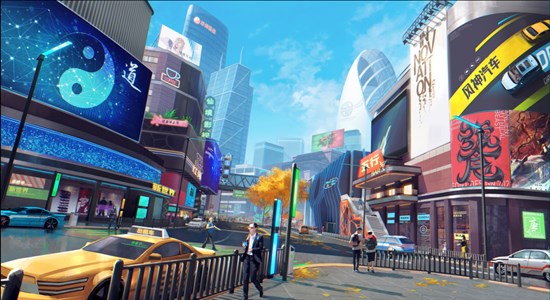 Testing of the game will be available in February, and NFT-related tokens and assets that players are interested in will also open in January, as the launch of three open world maps, viable methods of revenue generation and entertainment. will also be introduced.

CyberPop is not only a P2E game, but also a true full-scale 3A chain game with a focus on playability, composability and security protocols.

CyberPop is developed by a professional team, the core members of which are Ubisoft, Tencent and other leading game companies, creating the game with elaborate production and an alternate universe worldview. High quality 3A game running smoothly for mobile client users will be very comfortable, much like playing PS4.

This game incorporates various open world designs to get players to participate and expand the project. At the same time, the game also takes rogue-like elements as one of its most common gameplays, providing players with enchanting replay ability and rich experience in character creation.

The team attaches great importance to UGC, believing that the future of metaverse games rests on player-produced content. Therefore, in his plan, a new world of cyber will be established by the team and the players together.

Just imagine that there is a virtual earth and let’s turn it into a whole virtual space. Players can travel through time and space to cross stages, create their own cyberspace, and upload it to the world.

In addition, they can design or challenge the cyberspace of other players. In this way, players can get a glimpse of the sensory environments displayed in Ready Player One through this demo.

To view the source version of this press release, please visit https://www.newsfilecorp.com/release/108895

Connection to Blizzard game server has been lost, BLZBNTBGS000003F8

The growing need for e-education in emerging countries